A day out for an Ultrasound

Yesterday Isabel and I journeyed to the St. George Private Hospital in Kogerah (about a 20 minute drive) where they perform children's ultrasounds. The attending doctor that helped us when Isabel had her bad fever wants to make sure that Isabel's urinary tract infection hasn't damaged her kidneys. That's why we went to get an Ultrasound.

I'm sure Isabel has a secret stash of happy pills because the whole time we were there, she was Little Miss Social. Once we sat down in the waiting room, she managed to wriggle herself out of my lap and on the floor. Sitting directly opposite us was a ten year old boy and his mother. Isabel was smitten and couldn't keep away from her new boyfriend. It didn't matter how many times I took her away from them, she would always go back to the boy and his mother. She was also talking and smiling the whole time. After a while, she managed to find the mother's bag which she immediately tried to put in her mouth.

At this point another woman and her son sat down on the same row of seats and the woman pulled out her keys to jangle at Isabel. Isabel couldn't get enough of the attention and immediately set her sights on the keys.... sidling along chairs to get to the other end. I think the original 10 year old was a bit disappointed that he had lost Isabel to a set of keys. Isabel finally got to the keys and sat nicely on the lady's lap for a short while, all the time babbling away.

Then a nice young man called out "Isabel Petersen". So we took off out the back to get the ultrasound. Well, things couldn't have been more exciting! There was a big machine with lots of buttons and the nice man gave Isabel some sticky labels to play with. She showed her appreciation by smiling and talking to him the whole time he was looking at her kidneys and bladder.

It was over too soon and we said goodbye to Daniel (the nice ultrasound man). It was then off to have lunch while we waited for the images to be ready. Isabel and I had a nice lunch at a local cafe and by the time Isabel was done with the cucumber and toasted sandwich, the images were ready to be picked up. It was a big day for Isabel and as soon as she was back in her car seat her little eyes were closed and she was snoring loudly so mummy could hear that she was still breathing back there.

All in all... it was a MUCH nicer experience than emergency and the catheter!!
Posted by Hel at 3:45 pm No comments: 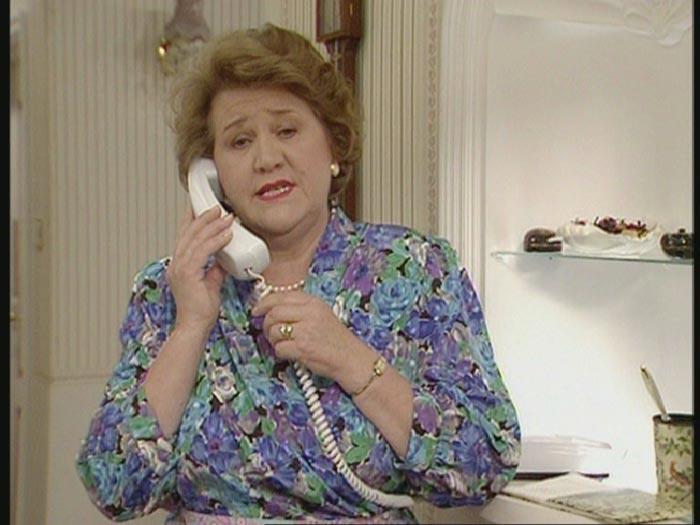 I've had reason to think a lot about appearances the last couple of days. I am one of those people that likes to compare myself harshly with others - just to see how I'm doing in life. The unfortunate downside to comparing myself with others is that I generally don't get to see the "full story", so I end up seeing what appears to be a far superior life than my own.

For example, I'm never too sure how other women feel about motherhood, staying at home, having children, working, etc. I always feel as though I'm the only one complaining about housework and the lack of a real job. Don't misunderstand me, I'm not constantly complaining about those things, but sometimes I get a little bit down about it all (probably has something to do with my cycle, etc). So when I see another new mum that appears to be living life to the fullest and doesn't seem to have a care in the world (ever), I start to get knots in my tummy and start questioning myself.

BUT, I had a breakthrough in these past couple of days. I was given insight into a seemingly perfect life, and all of a sudden, it didn't look that perfect. What was even more astonishing was the comment made to me that my life looked perfect! I had never thought of that before.

So, I think I'll keep up my apparent perfect life.... but please be aware that it's probably just as imperfect as yours.
Posted by Hel at 5:31 am No comments: Isabel received a package from Granny Jules and Grandpa a couple of weeks ago. It was a birthday package that came a little bit early. I wasn't sure if we should open it, so it stayed unopened on the floor for at least half a day! Isabel loved crawling around inspecting the box. I think she was more curious than I was about what was in there. I told her that it was especially for her... Maybe that's why she couldn't get enough of it. Dallas soon told us that the presents would all be wrapped, so Isabel and I had a fun "pre-birthday" time opening up the box. We can't wait to see what's in the presents!!!
Posted by Hel at 5:40 pm No comments:

Fun in the Tub

We captured this a couple of weeks ago. Dallas and I were giving Isabel her bath and she did something clever (or something we get excited about, anyway). We of course both clapped and cheered for her. She got so excited about our cheering, she started shrieking with glee and splashing her arms and legs about. It was so funny to watch. Dal and I of course started to cheer just to get her all excited. By the time we taped it, the excitement had worn off a little, but you still get the idea.

I'm pretty much in love with Cadbury's Black Forest Milk Chocolate. We bought a block of it last week and I was able to polish it off within 24 hours. Of course, I then managed to get an enormous "chocolate" headache. So I vowed not eat another bite of the stuff. But, I'm on to another block tonight - Dallas bought me a "treat".... and I don't know whether he's being as kind as he think he is.
Posted by Hel at 4:55 am 1 comment:

It seems that every time I turn around, there's Isabel with something in her mouth. The phrase most commonly used in this house at the moment is "Oh Isabel, Don't eat that!" A few times I've cut her off before she's managed to grab at whatever she has her eye on. I thought putting things in your mouth to "explore" them ended at an earlier age than this. Now she is becoming more mobile, she has access to a LOT more things. Any cards that aren't plastic in my purse have chewed edges and some have gone missing completely.... I suspect I threw them out with the rest of the waste in one of her nappies.
Posted by Hel at 5:44 pm No comments:

We unpacked our last box yesterday. What a relief to be able to finally sit in our "new" house without a thousand boxes in the way. The good news is, Dallas was able to find a nice little hidey hole under the house (completely concreted) so the collapsed boxes have been put away out of sight - we are keeping them because I KNOW we will be using them again within 18 months.

Now that we are all unpacked, I've got my list of things to do, including this week's primary singing time. Then I'll work on getting an interest!

p.s. Misty, thanks soooooo much for helping me out this past week. I couldn't have done it without you.

Pedigree Dog Food are currently running a tv commercial that has Isabel spellbound. It doesn't matter what she is doing, if it starts showing, she will stop and make sure she watches the entire ad. It's as though she is taking a minute of silence for the smiling dogs.... so I'm now going to try and link it to our blog.

I Ironed a Tea Towel Yesterday

I was having a bit of an off day yesterday.... you know one of those days that you've got plenty to do, you just can't bring yourself to do any of it and then as the day goes on you feel worse because you haven't accomplished anything and this feeling just incapacitates you even more. Maybe I'm the only person who gets like this, but that's how it was yesterday.

So at about 5pm, I finally start folding some clothes and doing some ironing. As I was ironing, I continued my train of thought I had earlier in the day.... how is it that I that I'm standing here ironing a tea towel ( a bit extreme, I know) and having yet another one sided conversation with an 11 month old who occasionally responds with a "dada" or "mumum" - which I get wholly excited about?

Now, I'm sure there is nothing perfect about Dallas' life, but I just (sometimes) crave it. There would be nothing I would love more than to have a REALLY busy day talking non-stop to people who are older than - well - than Isabel.

The good news is, I've realised the error of my thinking and feel a lot better about the whole situation. I'm going to take on my mothers advice and get all the mundane things done in the morning and do "my" things in the afternoon. How often this will actually happen is yet to be determined.... but I'm once again enjoying my little bubble that consists of Isabel and me and occasionally Dallas when he comes to visit the bubble.
Posted by Hel at 3:28 pm 2 comments: It pays to watch your 11 month old like a hawk! Dallas was consumed with a Wii game while Isabel was playing in front of him. It was a little bit later that I noticed she was chewing on something. She had managed to find a chocolate "coin" and put it in her mouth. The chocolate slowly melted in her mouth and she was able to have her first taste of chocolate. She couldn't stop grinning. This is a terrible photo of it, but I haven't yet figured out how to upload a portrait style photo without it going sideways.
Posted by Hel at 7:50 pm No comments:

We were able to go to Coff's Harbour after the Easter long weekend with my family. It was perfect weather, so Isabel and I were able to go swimming in a pool for the first time (at least for Isabel). She absolutely ADORED it. We could have stayed in the pool all afternoon... unfortunately Isabel had already been awake for way too long, so we had to force her to have a nap. Anyway, photos of Isabel in the pool.
Posted by Hel at 7:39 pm No comments: 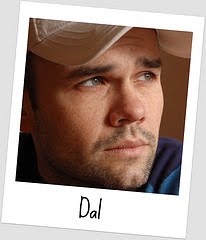 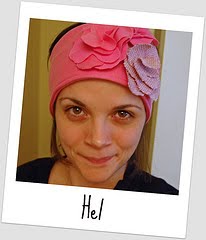 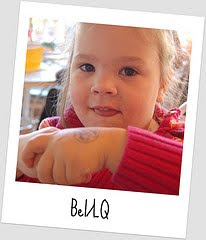